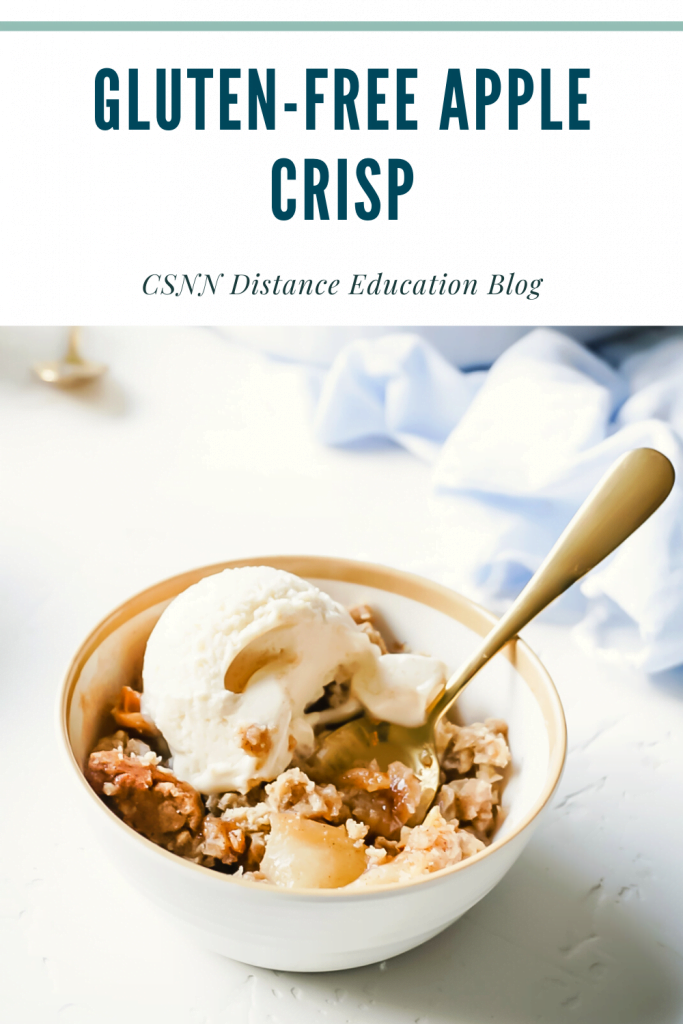 When I think of fall, I always think of apple crisp. Apple crisp is just one of those desserts that is so easy to make that it is pretty much foolproof. You’ve got all of the delicious flavours of apple pie without having to make a perfectly rolled out pie crust.

It’s apple picking season and lots of us are ending up with big bags of apples that we need to use up. Apple crisp is such an easy dessert and it goes so well with a scoop of vanilla ice cream. It also makes a delicious breakfast.

This apple crisp recipe contains no refined sugar and no gluten. It has all of the delicious flavour of traditional apple crisp without being overly sweet and it’s perfect for those of us who are gluten intolerant or sensitive. For this recipe, I used Bob’s Red Mill gluten free baking flour, but you can use any premixed gluten-free baking flour.

This recipe is a great one to get kids in the kitchen to help with because it is mostly just some stirring and scooping. My four-year-old picked the apples and she was so excited to create a dessert out of them. Getting kids in the kitchen and having them prepare food in any way that’s age-appropriate is a great way to get them excited to eat. It even works when it’s a food they typically refuse to eat. My daughters wouldn’t eat sliced bell peppers when I served them, but when they were in the kitchen with me and watched me slice them, they asked to try some. It’s also very important that kids learn how to make their own food so they are well prepared for leaving the home and they won’t rely on boxed and canned foods.