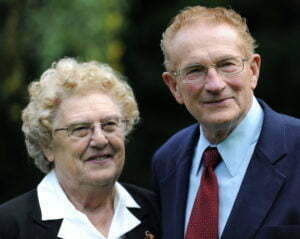 “Corporations should not be able to control people, seeds, plants, and food through patent law.” – Percy Schmesier, 2007.

Monsanto’s GM canola was found in Schmeiser’s field but he had never paid for the right to grow it, and he said the seeds blew onto his field in the wind. The case went all the way to the Supreme Court of Canada which, in a 5-4 decision (2004), ruled that Percy was guilty of having Monsanto’s patented genetic sequence in canola on his land, and of not having advised Monsanto to come and remove the GM plants. The court held that Monsanto had the right to their patented genetic material, even though the company could not prove how it got onto the farm. In this case, the courts were not ruling on the question of liability for accidental contamination. The case did, however, confirm that the patent over a genetic sequence applies to the whole organism that hosts it. Read “The Implications of the Percy Schmeiser Decision” by E. Ann Clark.